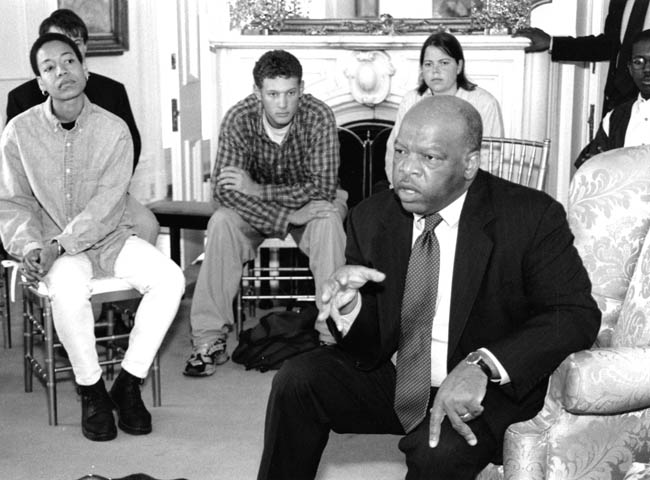 Over the decades, hundreds of distinguished guest lecturers and visitors have shared their wisdom with Wesleyan. One of them was civil rights leader and U.S. Congressman John Lewis, who came to campus in April 1998. Rep. Lewis began his career at the height of the civil rights movement in 1963, and among his numerous activities, he was an architect of and a keynote speaker at the historic March on Washington for Jobs and Freedom (the 50th anniversary of which we are celebrating this year) and he helped spearhead the 1965 Selma, Alabama, protest march that hastened the passage of the federal Voting Rights Act. While at Wesleyan in 1998, Rep. Lewis delivered the Center for African American Studies Distinguished Lecture in Memorial Chapel and met with students.