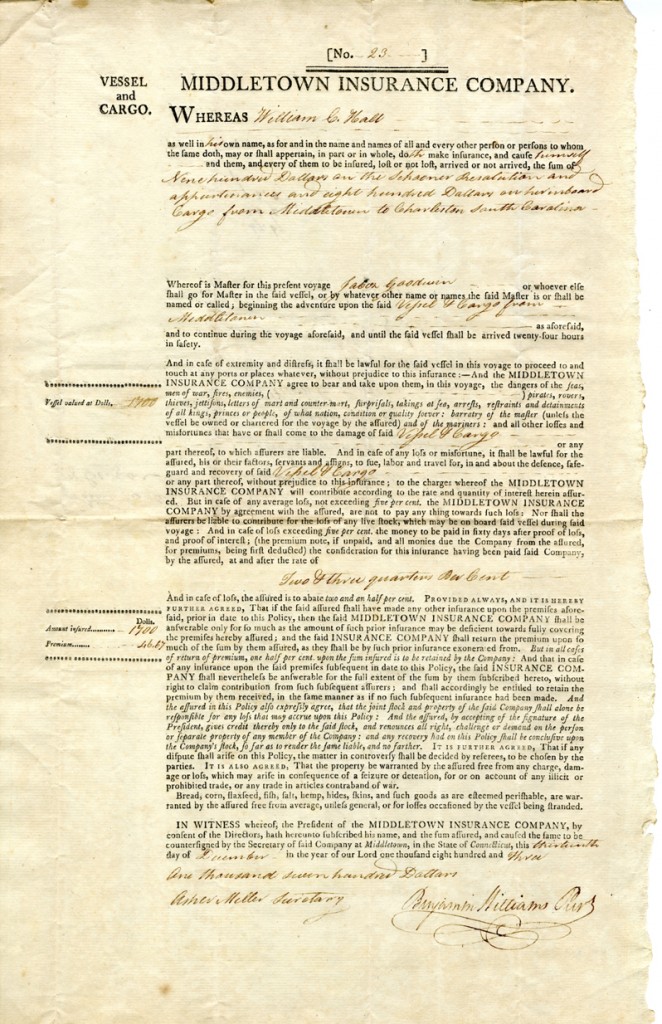 Our pick of the week is this 1803 insurance contract covering the schooner Resolution. A patron was interested in Benjamin Williams, then-president of the Middletown Insurance Co. At the time this document was signed, Middletown had a thriving seaport—it was one of the largest ports on the east coast—although in just a few decades, due in part to economic conditions which would lead to the War of 1812, it would diminish in prominence. This document provided insurance for the schooner, Resolution, for a voyage from Middletown to Charleston, SC. The vessel is valued at $900 and the cargo is valued at $800. Premium for the coverage? $46.67. The document is signed by Benjamin Williams, president. Marine insurance, as represented by contract above, was vitally important to trade, mitigating the large financial risk associated with shipping. The contract above insures against losses from, among other things, “dangers of the seas, men of war, enemies, pirates, rovers, thieves, jettisons, surprisals, takings at sea, arrests, restraints and detainments of all kings, princes or people.”