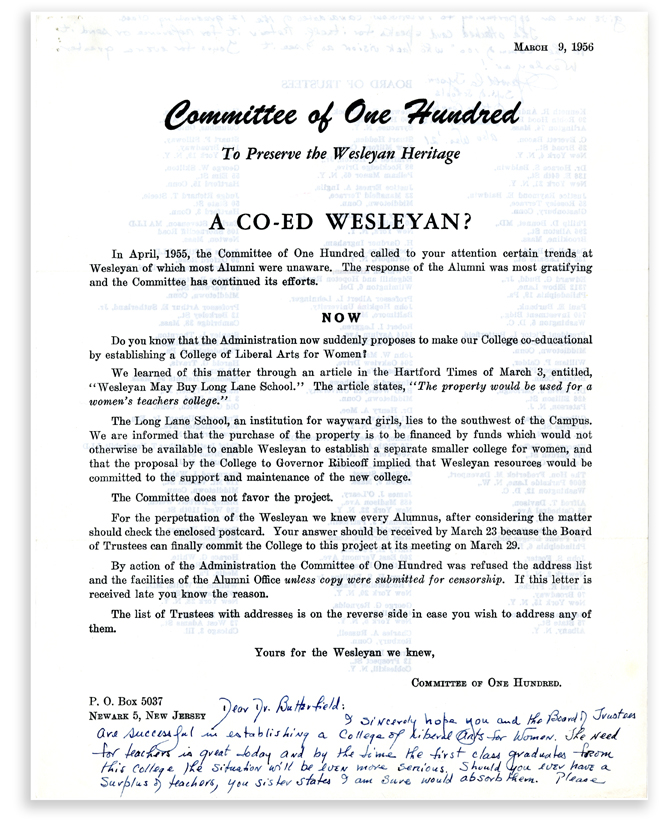 As I was reviewing a box of presidential papers, I came across several folders of documents from 1956 and 1957 relating to the possibility of creating a “separate coordinate liberal arts college for women offering opportunities for teacher training” on the site of the State of Connecticut-run Long Lane School on the southwestern edge of campus. The papers reveal that there were strong opinions, both pro and con, about the possibility. A group calling itself the Committee of One Hundred sent a printed letter to alumni outlining its opposition. Enclosed was a reply card that recipients were encouraged to send to members of the board of trustees to express their displeasure. Some alumni, however, had the opposite reaction, and used the letters and cards to express their support for the idea. Above is the Committee of One Hundred letter received by Harold Tyson ’21 and the handwritten note endorsing the idea he sent to Wesleyan President Victor Butterfield (page 2 of the letter is below, along with the reply card that Mr. Tyson also used to express his enthusiasm). After study, discussion, and review, the project was abandoned after the State of Connecticut indicated that it could not legally transfer the property to Wesleyan under the laws in effect at that time. It would not be until 1968 when women were readmitted to Wesleyan. 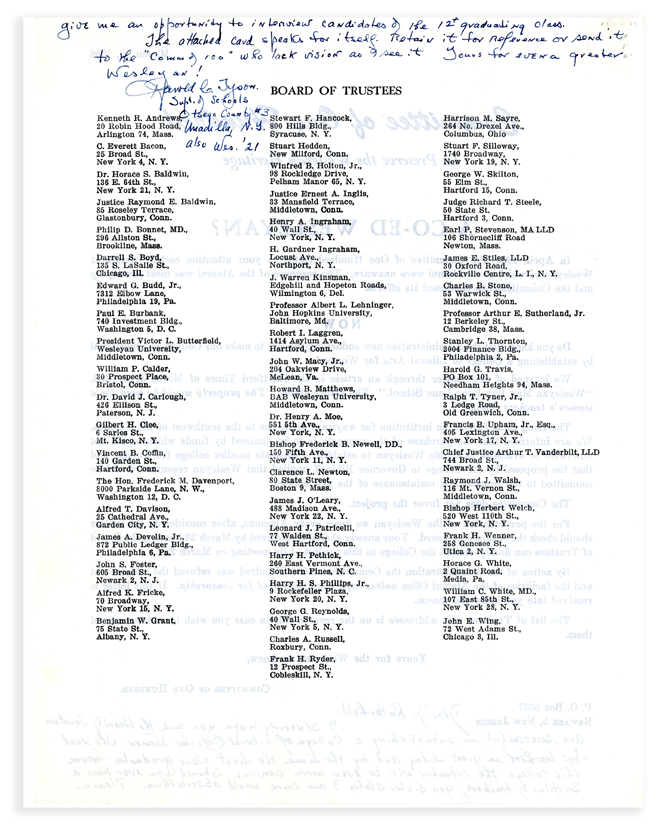 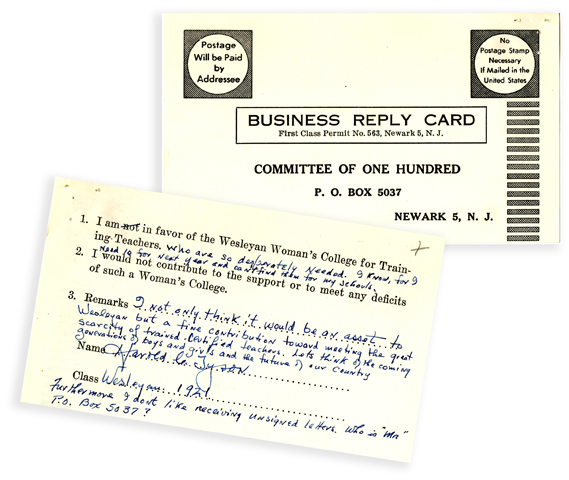