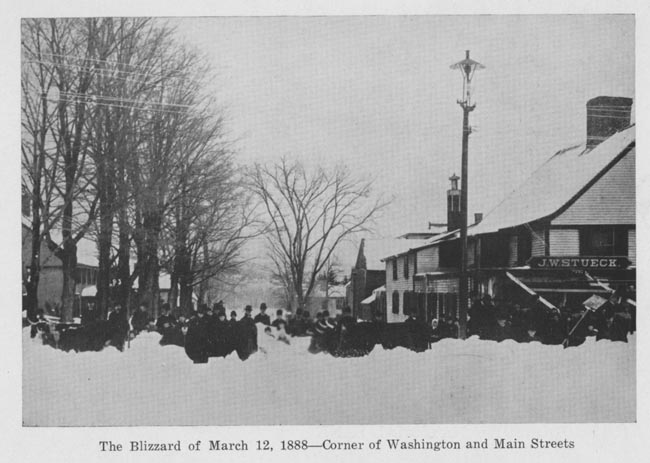 The Great Blizzard of 1888 is legendary throughout New England, and it remains the benchmark by which all subsequent storms have been measured, including the one that will probably be known as the Blizzard of 2013.  Paralyzing the East Coast from the Canadian Maritime Provinces to the Chesapeake Bay from March 11 to 14, the Great Blizzard is sometimes known as the “Great White Hurricane.”  It dumped 50 inches of snow on parts of Connecticut, and winds blew at nearly 50 miles per hour.

The Argus provided an account in its March 21, 1888, issue, that you can read in the University Librarian’s blog here. Many alumni who had been students during the blizzard remembered it all their lives.  George Gardiner, Class of 1889, recalled in a 1940 article for the Middletown Press that students were literally snowed in at North College for days until Doc Raymond, who was in charge of Wesleyan’s physical plant, dug a tunnel to the door through enormous drifts. Gardiner’s draft and the published account are in the Alumni Council Collection of Recollections. Below is the draft in full:

The massive amounts of fresh, new snow temporarily transformed the campus, and, amazingly, most of the stately elms on College Row survived unscathed – only to lose branches three years later in the 1891 ice storm, shown below: 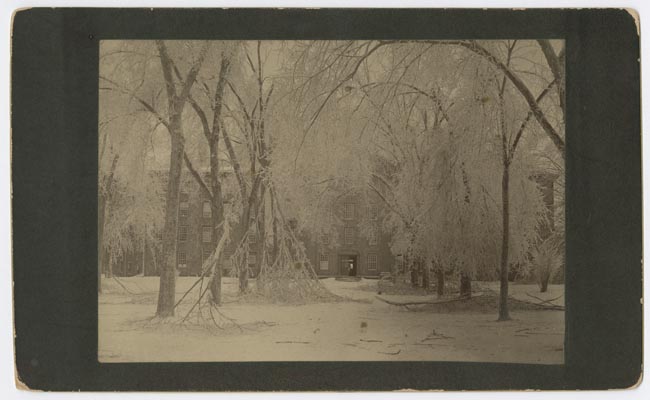