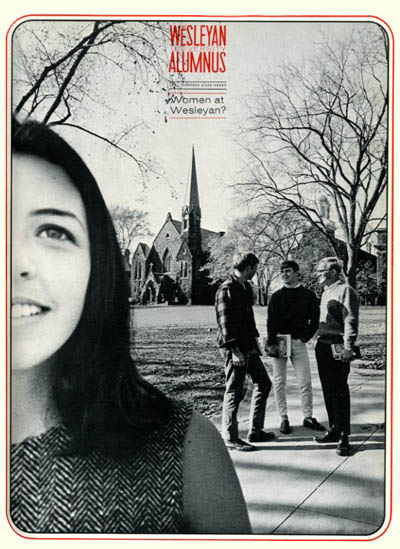 If you follow our picks of the week, you may remember a very similar image to the one above from a pick made last September. At the time, I didn’t know if or how the photograph was used, but as you can see, a slightly different shot was featured on the cover of the February 1967 issue of The Wesleyan Alumnus to illustrate a series of stories concerning the readmission of women to Wesleyan. That happened one year later, and women became part of the freshman class in 1970. Unfortunately, the magazine does not identify the people in the photograph.