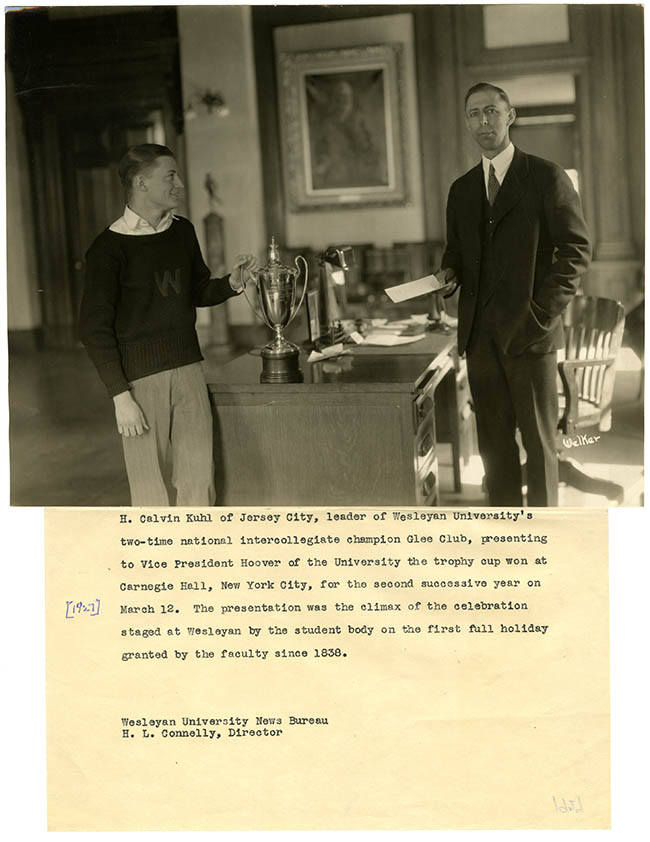 Regular readers of Pick of the Week (which has been on vacation for a while) will remember a post from October 2012 written by Abbey Francis about a Wesleyan sweater that belonged to Calvin Kuhl ’27. Mr. Kuhl was quite active while he was a student, and Abbey found him pictured wearing the sweater in connection with his athletic activities. While searching through photographs of the Glee Club in the 1920s, I came across the above photograph taken in 1927. Here he is again wearing his “W” sweater, this time as leader of the two-time national intercollegiate champion Glee Club. The attached caption tells the story.