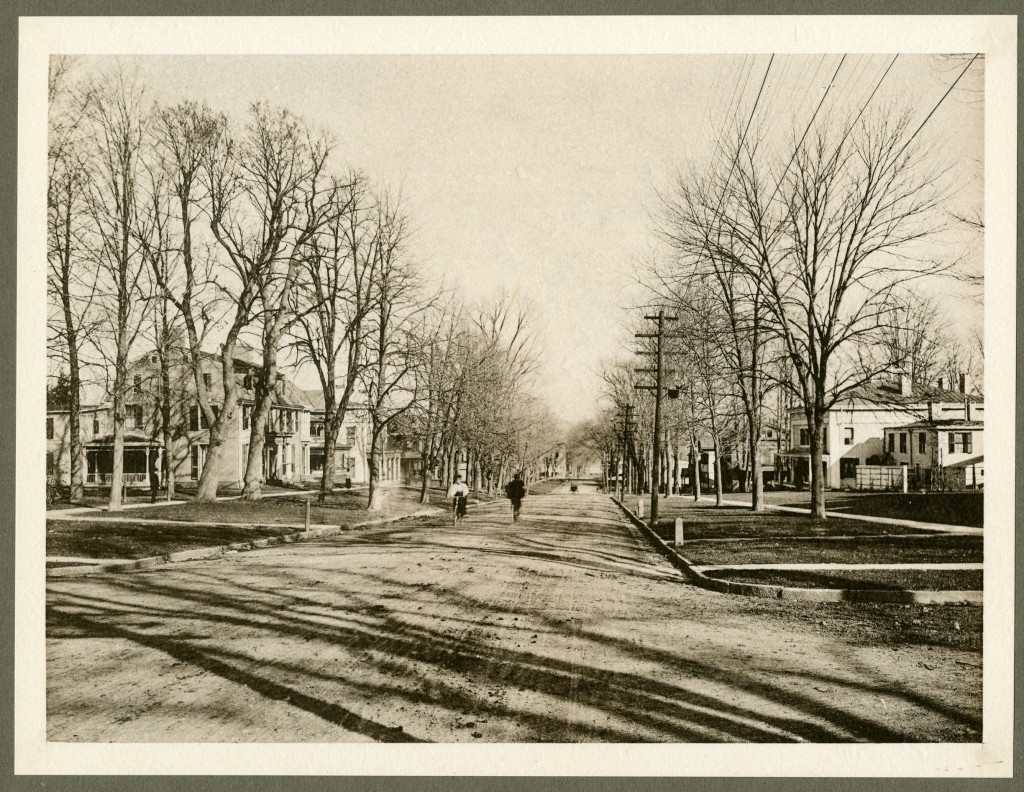 It’s been a crazy winter in Middletown (but, aren’t they all?)—seems like it was too warm and rainy and there was not much snow. Now it’s March, and spring is on its way—that is, if we get one this year—and my thoughts again turn to bicycling on the roads of Middletown and the surrounding towns. You need to be careful this time of year; there’s a lot of grit and sand and trash that still needs to be swept. I’m reminded of the way roads used to be back when bicycles were coming onto the scene, as you can see above in this photograph taken probably in the late 1880s. It’s found in the 12-image Middletown Conn. Porfolio, one of the many pictorial items in SC&A’s Middletown Collection. That’s Washington Street before it was paved at the intersection of Pearl Street looking east towards Main Street. Look closely and you’ll see two cyclists making their way on the dirt (see detail below). As you may know, it was turn-of-the-century cycling organizations that advocated for paved roads decades before automobile associations. Under the detail, you can see what the scene looks like in 2015, thanks to Google Street View. 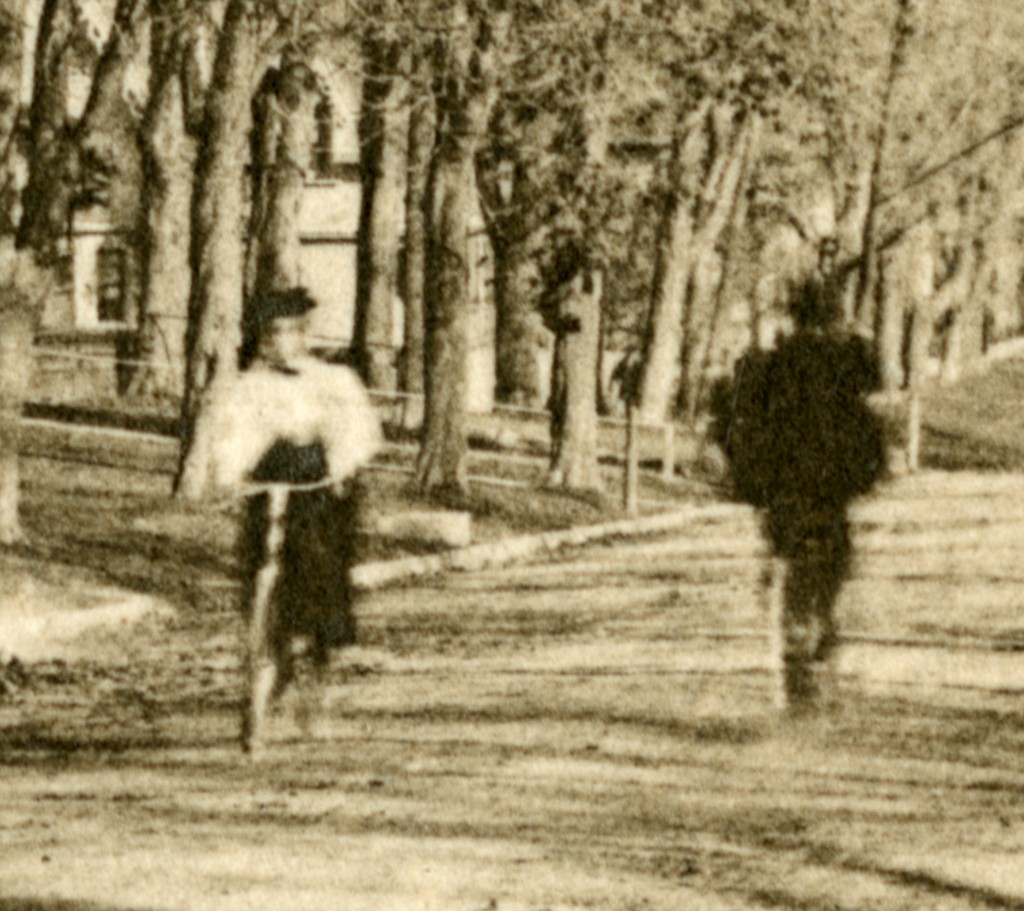 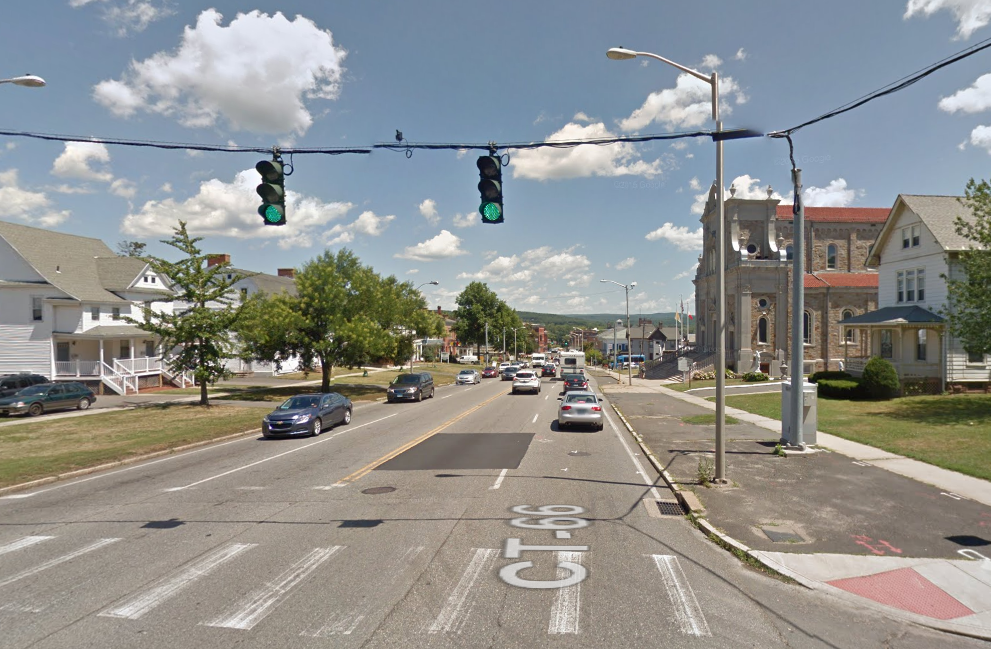