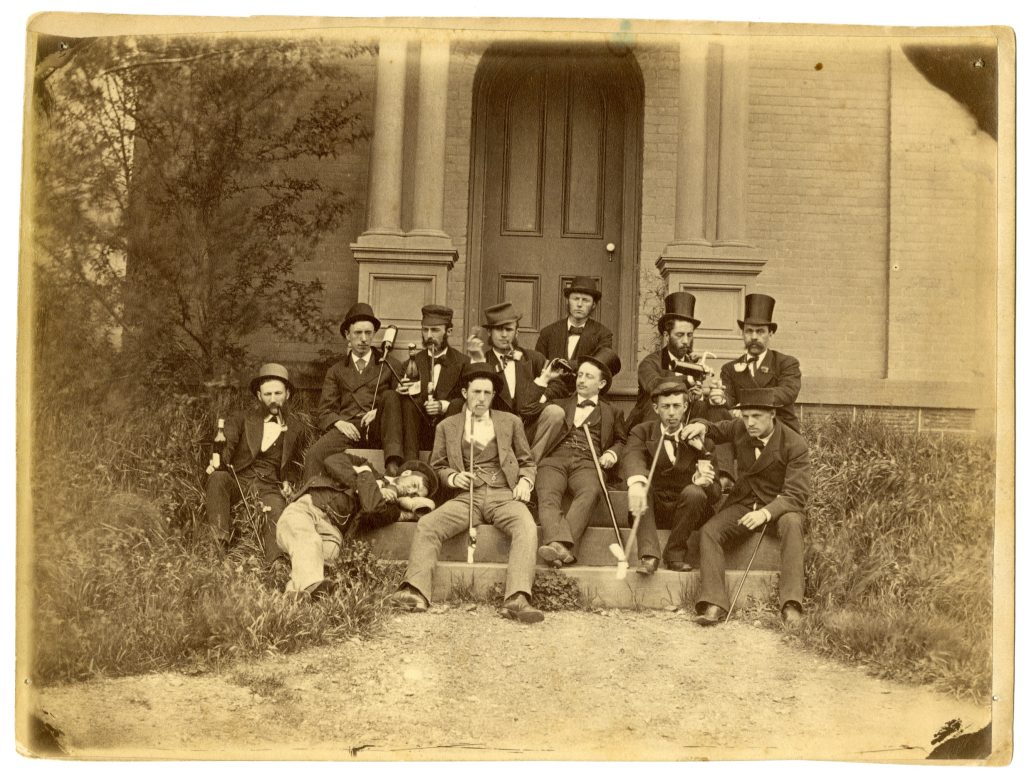 Here is the Browning Society, 1873-1874. I do not know anything about this group other than that is what is written and typed on the back of the photograph. During the late 19th and into the 20th century, clubs and societies formed to study the work of Robert Browning. The Wesleyan Argus has several references to students reading Browning under the direction of Professor and University Librarian Caleb T. Winchester Class of 1869, but does not mention the Browning Society. As Browning wrote, quoting his wife Elizabeth Barrett Browning, “‘The poets pour us wine–. ‘” Cheers!