WESEMINAR: WESLEYAN AND THE GREAT WAR

In 1914, The Great War—known later as World War I—broke out in Europe. Wesleyan became a war campus in the years that followed. After the U.S. Congress declared war on Germany in 1917, college life at Wesleyan “took on a belligerent aspect,” as Carl F. Price, Class of 1902, observed later. “Minor sports, dramatics, dances, were dropped. The students were in army uniform, rose early in the morning to drill, were allowed no cuts from classes. A trench seamed part of the back of campus, and armed guards challenged all comers.” By the time the Armistice was signed in 1918—100 years ago this year—some 1,200 Wesleyan faculty, staff, students, and alumni provided military or civilian service, including twenty-six students and alumni who died. Attend the illustrated WESeminar by Leith Johnson, University Archivist, during Reunion/Commencement to learn how the “War to End All Wars” impacted Wesleyan. 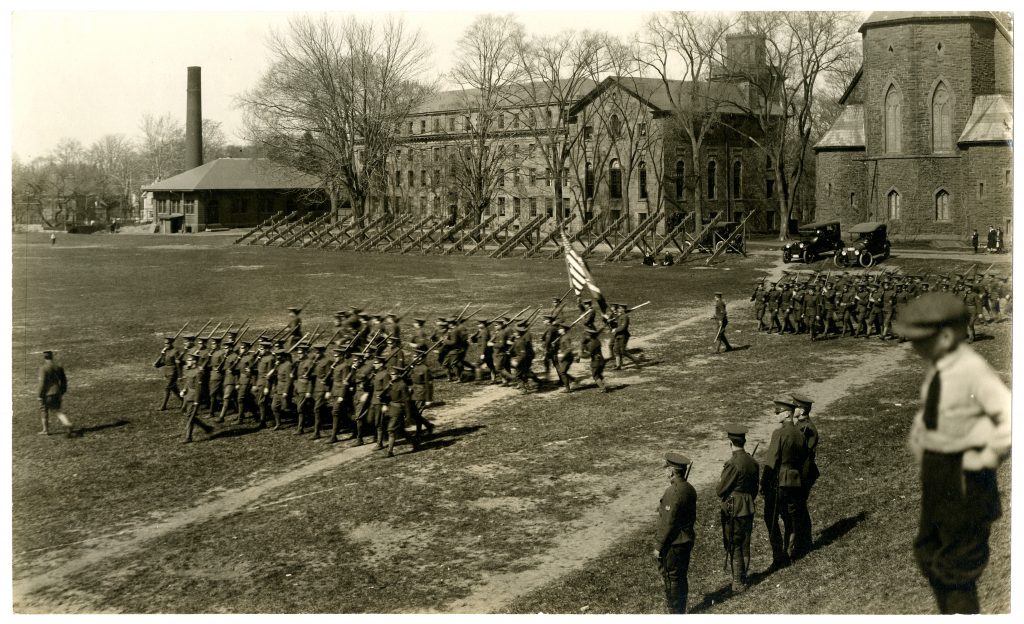